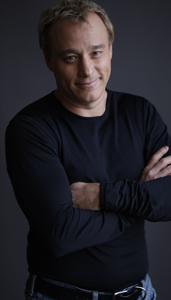 Founded in 1987, Leigh Simons Productions creates compelling, original content for the television, music, and motion picture industries. The company's celebrated work includes documentaries, network series and viral campaigns that generate tens of millions of viewers. Founded by creative visionary and writer, producer, director Leigh Simons, the company holds a reputation for innovation and originality that has secured successful partnerships with global networks and platforms, as well as the most accomplished names in sports and entertainment.

Leigh Simons has created groundbreaking and award winning content working side by side with Hollywood A-listers, Grammy-award-winning musicians, and World-renowned athletes.

For Screen media films, he has been involved in the production, distribution and marketing of over 25 feature films. With BMG, Leigh produced live events and concerts with the biggest names in music entertainment. For HBO, Cinemax, Ring TV and the Discovery Network he worked as a on air host and spokesperson.

During the course of working first with Floyd Mayweather and then with Canelo Alvarez and developing their brands, each became the number one grossing Pay Per view fighter in the world during their careers.

In 2013, Simons wrote, directed, and produced the sports documentary "Countdown to The One" for Showtime and Fox Networks. The PPV event became the highest grossing event in the history of Pay-Per-View.

For Spike Television Network:
Since 2005 he has been producing the documentary on the life of Oscar De La Hoya which is now slated to be released as a docu-series in 2021

Currently Simons is Producing a documentary on The life story of infamous NY Knick and NBA legend John Starks slated for 2021 release.